Here we are in February 2020. Happy Black History Month! It’s a time intentionally designated for the reflection of what African people have endured and how we have overcome. From the Trans-Atlantic Slave Trade to the Civil Rights Movement, our culture has been embedded with the knowledge of our resilience. However, I’ve noticed how this has come with a price. The celebratory nature of this season aside, the revisiting of our historical trauma compiled with our individual experiences with prejudice year-round takes a psychosomatic toll on us that shows up in how we interact with the world, each other and ourselves. James Baldwin describes it clearly, “To be negro in this country and to be relatively conscious is to be in a rage almost all the time.”

As is well-known, African-American history is filled with devastating atrocities that have had lasting affects on the collective psyche of Black Americans. Not to mention the systematic oppression and displacement that continues to this day. I recall periods when my social media timeline was overflowing with gut-wrenching images, and stories of acts of violence against the black community, many of which were not historical at all but quite current. Still, in all forms, debates ensue over policies that govern how human existence should be valued, expressed or just how human some groups should even be considered for that matter.

The most frustrating of which are the dividing issues within our community that these matters create. I, myself, have been caught up in the back-and-forth with what there is to do and how to perceive our collective situation only to end up at tiring odds with the people I wish to stand by to achieve a common goal: peace. I first recognized this in 2014 after Mike Brown was killed. I had lived in St. Louis almost 2 years when I became consumed with outraged and took to the streets in protest for change. What I found, unfortunately, was inconsistency in our ability to organize and a well-intended group filled with mentally and physically overwhelmed individuals. I saw how it only added to the rage.

I later realized this discord was due to our personal relationship with this upset and minimal understanding of how to transmute it into sustainable positive change. Instead of dismantling the system, we’d only get stuck in our disagreement which only led to further frustration. My inner pre-Mecca Malcolm and Rev. Martin became at odds with each other, so after a while I decided to put my protesting on pause and look deeper into the bigger picture. Was I fighting for peace or fighting to fight?

“Was I fighting for peace or fighting to fight?”

The fact of the matter is, as rightfully dismayed as I was by our society, I knew that change was slow and it was up to me to take accountability of myself first. I reflected on the many years resisters before me marched the streets with their picket signs and chants, subjected to arrests, the pressure of fire hoses and the sickening of dogs. I concluded that in order to make change, something different must be done and that I could not preach love and respect to anyone that I decided I no longer felt love or respect for.

My inner journey eventually helped me better comprehend Dr. King’s point, ” …hate cannot drive out hate …”. I had to take a long, hard look at myself and become change opposed to demanding it. This brings me to Brother Malcolm’s point, “Nobody can give you freedom …equality or justice or anything …you take it. So I did. In spite of the outward chaos, I began to liberate myself by cultivating my own balance. My own peace.

While I never shy away from diving deeper into the history and the truth of my people – the good, bad and the ugly – I, now, take more time in February to see where my heart is. I ask myself, “Am I truly practicing the compassion and mindfulness I study? Am I contributing to the chaos or to the path towards peace?”. I admit, it is the absolute hardest thing I have ever worked to do but I have found my personal world has changed significantly for the better since I’ve shifted my energy. I am not as quick to anger (although not perfect) and therefore less controlled by the things I have no control over. I observe more closely, show others more patience and understanding when I can, or do my best to kindly walk away when I cannot.

I am healthier in my body when when I worry less about who is offended by my presence. I have also found that when the times comes for me speak out against an injustice, my voice is stronger, clearer and I feel more resolve to take action opposed to just feeling anger that will eventually turn on me later.

Now, I am still a work is still in progress, may always be and this inner change may have no effect on changing the view of those who insist on being judgmental and oppressive. However, I strive to stay on the path of doing my work, being the change I want to see, gaining new perspective along the way and sharing it with others when I am able. That’s all I can do for now and acceptance of that brings me peace.

So it is February 2018, Black History Month. Let’s talk about Black wellness. In my experience, wellness isn’t a common topic at dinner tables in the black community. In conversation with fellow Black healers, it is usual to have to face side-eye, an abrupt conversation change, or “Jesus will fix it” mantras when wellness does come up. It’s not that we never show concern for each other but it’s typical that we may only inquire on a surface level. As long as Uncle Bob is functioning well enough to attend work on the daily, we probably won’t worry too much. However, wellness is deeper than that isn’t it? Indeed, our history has much to do with this state of mind so I’ll touch on it.

Although some of the current history books have attempted to rewrite this fact, many of us who identify as Black or African American did not have ancestors who ventured to America by choice. They were often sold or stolen and brought over not only to live out their entire lives as working property but to also endure a great amount of dehumanizing torture and trauma. There is no such thing as “well-being” in these conditions and after hundreds of years, the circumstances left a huge and lasting imprint on the minds of the people which is where I believe wellness begins, the mind.

In spite of the work we still must do, it is my belief that Black people have managed to overcome such terrible ordeals because of our roots. Africans are a strong people whose varying cultures traditionally stem from family connection and spirituality. The lifestyles were bred from an ancient understanding of the feminine and masculine energetic balance. The physicians were shamans, witch doctors, etc., whose solutions for health integrated ideas of the spiritual and physical. They understood that all aspects of our being are connected, there is no separation of mind, body, and spirit. Luckily, some of these beliefs remained preserved among a few and is beginning to gain more popularity in the states. 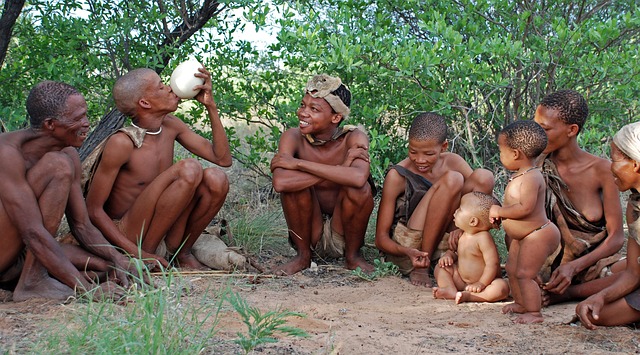 This resonates with me on a personal level because I am one of the many who have achieved a sense of wellness in my adulthood via the journey of reconnecting with my heritage. I do not know exact story of all my ancestors (although aware of my general Native American and African roots) but it is important to me that I study and dabble in the ancient practices of people from the past. I had the joy of knowing several of my great-grandparents and was very close to one of my great-grandmothers who nursed herself back into wellness after suffering from obesity. Creating in the kitchen with her and learning her natural remedies are experiences I forever cherish. They assist me still on my journey to a better life. Imagine the changes we can make for our collective future if we improved our own wellness, shared and lead by example for the up and coming generations?

Of course, educating ourselves on the what it means to be well and how to go about achieving this will be the first step for many of us. On a wide scale, wellness for people of my culture will need to be addressed from many levels and thanks to those who have already taken a stance, we are well on our way to better fitness, finance, nutrition and spirituality. May we all find our place in this endeavor. Namaste.

What if we all chose to believe that we are our own gods creating our own realities?
Woke up to learn the news of more death. More hatred. More outrage. More conspiracy. More uncertainty.
Mood. #happyfriday 💕
A stroll on Cherokee led to some inner inquiry 🤔 ...may be nice to ask ourselves some of these questions today. #foodforthought #cherokeestreet
Having one of those days where I feel particularly good in my body. I cherish these moments and welcome them gratitude 🙏🏽
Been thinking a lot about feelings of pressure. Pressure to do and be things. Pressure to go places and look a certain way. Pressure around relationships and formulating closeness.
Loading Comments...
Comment
×