I have battled depression and anxiety for quite some time and for the most part each day gets better and better. There are those moments that creep upon one who have experienced mental and emotional struggles before; sometimes we can stop it in its tracks and other times it hits us before we know it. Depression, in particular, is a tricky sensation. Unlike anxiety which characterized by obvious feelings of heightened overwhelm, depression mimics natural physiological occurrences such as fatigue, hunger, and/or boredom. Everyone experiences it differently and there are various triggers from poor nutrition and hormonal shifts to traumatic or transitional life events. Then, there’s the sensation of peace which is just as complex to the untrained mind which probably speaks to most of us in the Western world.

Having experienced both, the onset can be quite similar. Like depression, peace may look different from person to person and may even be misunderstood by people around us. Recently, I was facing an emotion I thought was negative somehow, although I knew it was not sadness nor anger. It was not joy as I could also describe myself as feeling detached; oddly careless of what my responsibilities were in that moment but without animosity. It took a mentor of mine – who happens to be Buddhist – to explain it to me best as I grasped for answers from anyone who could help me. He told me it was peace and when I told him I assumed peace to be more joyous, he said:

“Peace is peace. As such it is neutral. Still. Quiet. Otherwise it is joy. It is a myth that we need to be having euphoria to be at peace. Joy is not emptiness. It is biased. We like it better because it feels better, but it should never be considered sunyata. Notice how having no emotion can leave us with the sense that something is wrong. This is mental bias as well – that the only valuable state of mind is euphoric or happy. All states of mind are equally valuable including pain, maybe, especially pain. We have a tendency to be mentally lazy and only want to eat ice cream in our minds every day, but that is not inherently healthy. The ability to be with what is with no responsive emotion and yet full awareness is the highest state of mind.” 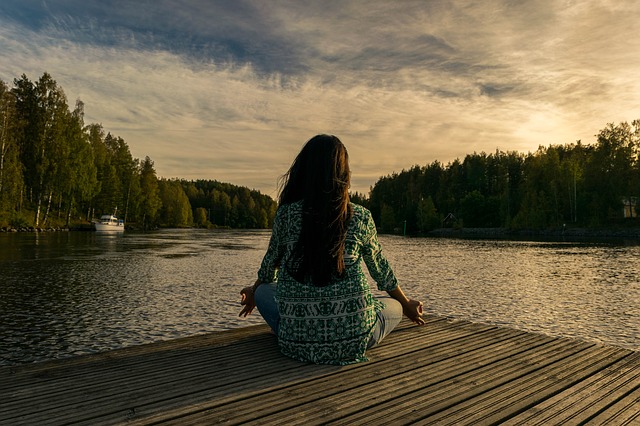 I admit, it was a difficult concept to accept when just before someone suggested it was depression. I agreed to that notion as it was the closest I perceived to being right at the time but the truth is, it didn’t fully sit with me either. Then, I thought about my mentor’s comment for a couple of more days and finally it started to resonate. Indeed it was peace! Worldly things had little value to me in that moment of the present. All I cared about was being and not even my husband could fully have my attention. That may sound wrong, but from a spiritual and even natural standpoint, there are some happenings inside of us that are simply impossible to share. We must have them on our own just as our loved ones will have theirs without us.

Now, I still emphasize the importance of monitoring our well-being. However, I realize that I should not always assume a fault in my psychology when I lack joy. Not every moments requires feelings that we perceive as positive, nor is it realistic. Going forward, I will keep in mind that the foundation to having consistent well-being is to just be from time to time. Nothing more. Nothing less.

Challenge: List three things to be grateful for today.
Growing isn't an easy job. It doesn't have to be terrible either.
Thank you Gemini new moon for helping me expand my perspective of Self which is allowing me to embrace my complexity with appreciation 🌑
Summer solstice is coming up and and it's time to get outside and let loose!
A little cup of joy from one of my favorite coffee spots after teaching a Gentle Flow yoga class.
"Peace and blessings manifest
Loading Comments...
Comment
×
%d bloggers like this: