My fiancé and I  speak different languages. Yes, we are both American-born and speak proper English (sometimes) but we do not always understand each other. For one, there that whole “men are from Mars and women are from Venus” thing. Also, it doesn’t help that he’s a Leo and I’m an Aries (I’m sure my fellow astrologers understand). This drove me up the [bleepin’] wall, especially at the beginning of our relationship. In fact, communication was so much of an issue that we faced parting ways several times because we felt like the other person just didn’t get it.

Thankfully, our relationship survived and it is better than it has ever been. Don’t get me wrong, we still disagree. Even now, we often debate on how to go about things and on important topics like whether or not Voldemort is no more a villain than Dumbledore is (crucial, right?). However, we have found happiness in our disagreements.

Much of our earlier frustrations stemmed from the need to control. Like many couples, we entered our relationship with baggage and was looking for the other person to fill in the gaps. This didn’t leave a lot of room for us to be ourselves with one another. I was always correcting him and he was always scoffing at me. We ended up spending too much time and energy trying to convince.

A turning point happened for us at our rock bottom when we actually learned something from being fed up with each other. It was exactly what we should have been doing in the first damn place: let the other person be. I finally got to a point where I don’t get angry every time he says something illogical. Instead of arguing, I nonchalantly tell him “You know that makes no sense, right?” and he usually replies with “Yea, I know, I just wanted to say something crazy” and we both giggle it off. I choose to see the humor in his nonsense. I’m mean what else can you do when you love a Leo man? (lol) 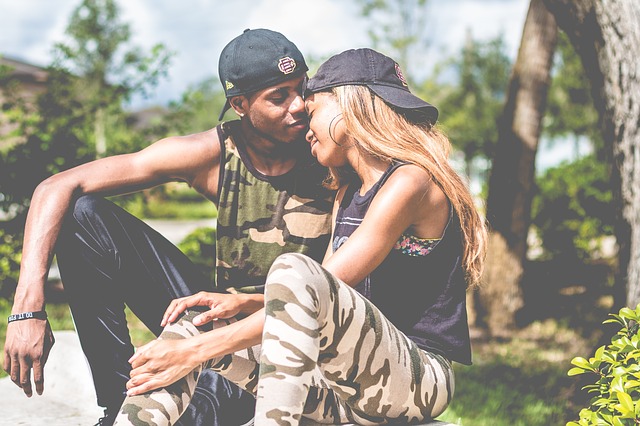 He, on the other hand, started to take me more seriously. I was all for jokes but my Love has an annoying habit of ruining serious moments with inappropriate insertions of humor because they make him uncomfortable. He also loves to take the reins of leadership which is great if I’m not already in the midst of leading. In time, he learned how to let me run things my in my own fashion and how to let serious moments be just that.

In short, he started to listen more and I lightened up. Essentially, we are the same couple and we still speak different languages on most days but our acceptance of one another allows us to find common ground and understanding. Now, there is no one else I’d rather talk to.